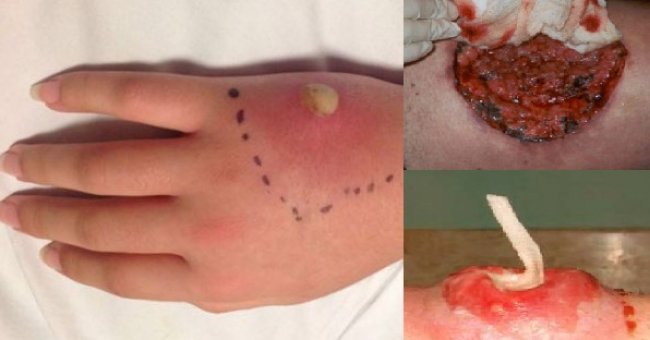 54-year-old Christine McCullins was in danger of having one of her legs amputated after being bitten by one of the most venomous spiders in Great Britain, the false widow. She was celebrating her sister-in-law’s birthday in Basingstoke, Hampshire, when the woman reportedly felt excruciating pain in her left ankle, followed by swelling, in September 2013. She initially thought she had been bitten by a mosquito, so she did not pay attention to any symptoms in the following days. She treated herself with medication from a pharmacy.

In November 2013, a 22-year-old Dutch woman was bitten on the ear by a Mediterranean recluse spider, while she was vacationing in Italy. She was allegedly sleeping when the spider attacked her and awoke the next day with a stinging sensation in her ear as her face began to swell. Soon, her ear was liquefied by the spider’s venom and turned black as the skin and cartilage had died. She was reportedly rushed to a local hospital, where doctors prescribed her antihistamine, as she and the hospital staff were unaware she had been bitten by a spider.

A young woman was left with a hole in her leg after being bitten by what she believes was a false widow spider, in September 2015. 16-year-old Casey O’Neill, from River Way, Andover, was taking a bath, when she noticed what seemed to be a mosquito bite on her leg. She didn’t pay attention to it until the wound started swelling and oozing blood. She went to the hospital to get treatment, but she was only prescribed cream, as the medical staff agreed they were dealing with a spider bite. However, the bite did not respond to the ointment. It started getting even bigger, until it popped, oozing blood and puss.

A 62-year-old man from Florida died on February 16th, 2014, after being bitten by a common household spider. Ronald Reese was reportedly bitten in the neck by a brown recluse spider in August 2013, while he was clearing up an old house. He managed to return home, but the next day he couldn’t get out of bed anymore. Days later, Reese was paralyzed. His 88-year-old father, William Reese, took him to the hospital. The bite was followed by six agonizing months of.

In 2011, Slayer guitarist Jeff Hanneman was in a Jacuzzi with one of his friends in Los Angeles, when he was reportedly bitten in the arm by a spider, and contracted a rare flesh eating disorder, called necrotizing fasciitis. He didn’t pay attention to the wound during the following week, but the disease progressed quickly and started eating through the deep layers of the skin and tissue on his limb. When he noticed his arm had started to swell and turn bright red, he went to show his wife, Kathryn. She immediately took him to the emergency.

51-year-old Victoria Franklin arrived at the hospital in Atlanta, on April 9th, 2010, nearly unconscious. She was suffering from severe nausea and vomiting, and she had a swollen up black breast, that had allegedly blown up to the size of a loaf of bread. The woman’s breast.

Keith Pierce, a 10-year-old schoolboy from Montana, first noticed that his leg had started swelling up, in September 2014. He was rushed to Bozeman Deconess Hospital on September 30th. However, doctors looked at his leg, and after ruling out cancer, they sent him home. The little boy’s leg did not start to heal but on the contrary, the wound. 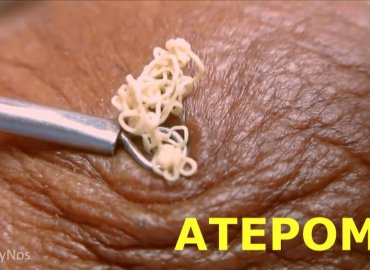 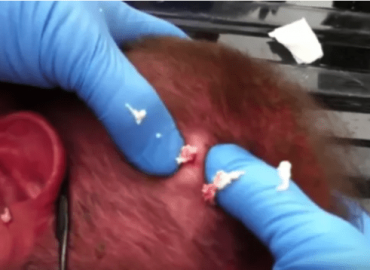 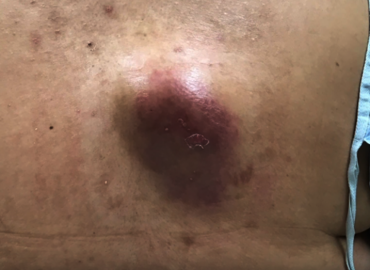 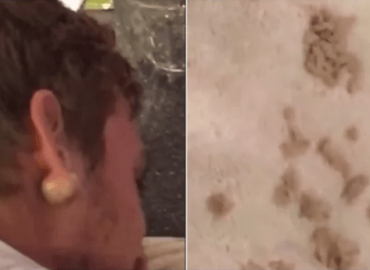 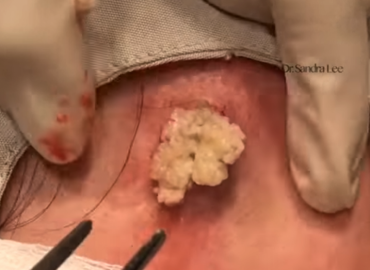 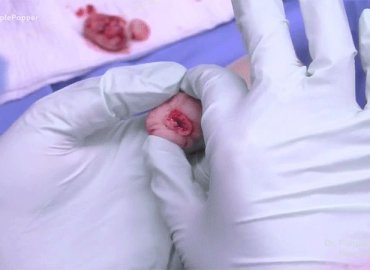